Today, the whole school were lucky enough to meet a little hedgehog from Folly Wildlife Rescue, along with one of their volunteers. All of the children learned a lot about the lives of hedgehogs and came away with many facts, including why we should only leave out water and not break or milk for visiting ones! The children were able to realise how under threat animals such as hedgehogs are in the wild and take away a number of different ways that we can help them to survive and be healthy. The children asked a number of fantastic questions to improve their knowledge! Thank you, also, to those who donated cat food to Folly Wildlife they were extremely grateful for your generosity.

Today the children in Chestnut and Acorn class learnt about growing and changing and they all made timelines of themselves from birth to age 5! They loved seeing how much they had changed! The pupils used photographs and clothes to see how much they had grown as well as learning about what their bones inside their bodies do! Reception also loved meeting ‘Folly’s’ hedgehog and learning all about how to keep hedgehogs safe in the wild!

Today, the Year 1 children put their senses to the test with a drinks survey. They made predictions about what they thought the drink was using their senses of taste, smell and sight. It seemed that some of the drinks were a hit, whilst others were not ‘approved’. The children then recorded their results to see which drinks were most and least popular! The children had great fun and some excellent scientific research was conducted – well done Year 1! 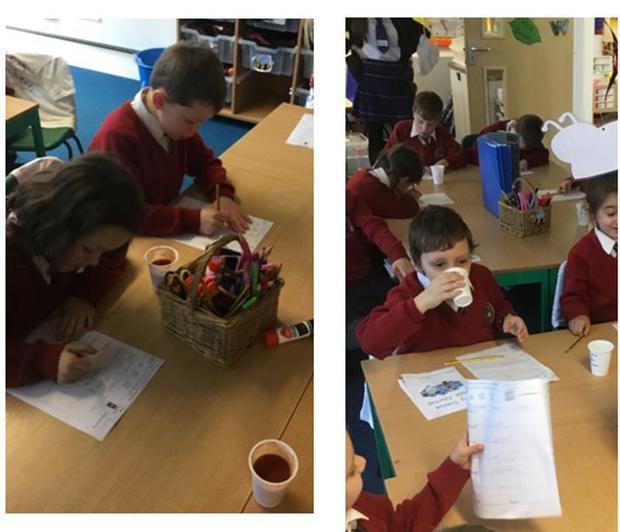 In Year 2, the pupils investigated ‘fabulous folded flowers’. They designed different flowers on a variety of materials, considering the shape and size of the petals ready to test on them on water! After folding the petals in the pupils placed their flowers on the water surface and observed what happened! To their amazement, the petals slowly opened! The children loved seeing how the paper and tissue paper flowers ‘bloomed’, but were sad to see that the same didn’t happen for the card and kitchen roll! It was fascinating to see how different materials absorbed the water at different rates, which affected the speed at which they bloomed. 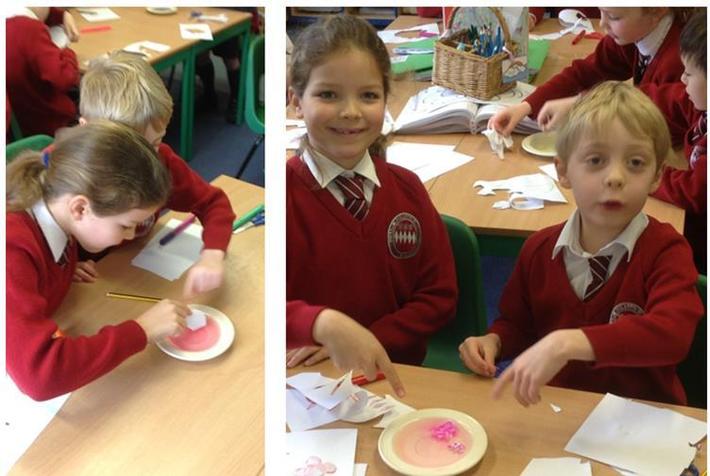 Year 3 extended their learning on magnets from our current topic to make their own electromagnets and explore how they work! The children had to prepare the copper wire, coil it around and iron core and ensure that they made a complete electric circuit to produce the magnetic field. The children were very excited when their electromagnet was able to attract objects such a hair clips, paper clips and even a ring! The children were able to see and understand what made electromagnets different to ordinary magnets, and how this ability to switch magnetism on and off is utilised in the real world, through examples like scrapyard cranes.

In Year 3, we had some very exciting news this morning, because, when we arrived, we found that all six ducklings had hatched overnight! They had spent the morning, before school, settling into their brooding cage – they especially liked being under the heated plate. The children all got to meet the ducklings and we held a naming ceremony in the morning. Between Copper Beech and Silver Birch, the following names were chosen: Hatcher, Yolkie, Jemima, Fluffy, Sonny and Quackers! The children loved seeing them waddle around the classroom this afternoon and were able to give them a little stroke – which they both loved! Silver Birch were also lucky enough to receive a beautifully prepared presentation all about the ducklings – thank you Noah! 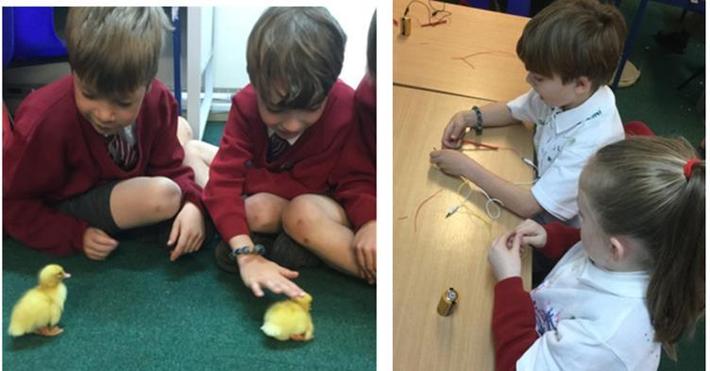 Holly Class embarked on some sausage making! They started by designing their sausage, deciding on three flavours they could add to their plain sausage mix. The importance of health and safety with regards to food hygiene was a focal part of this lesson and the children discussed the importance of cooking the meat to 73 degrees to ensure any harmful bacteria was killed. The sausages were made using real intestines and were barbecued outside giving them extra flavour. After they had eaten them, the children evaluated what they liked about them and what they would change if they made them again. As you will imagine, this experience proved to be a sizzling success!

Both Year 4 classes enjoyed making their very own lip balm today! They used their knowledge of states of matter (solids, liquids and gases) to predict, and later explain, the ratio of ingredients required to make the product. Both classes worked extremely well in teams to ensure that they worked safely with open flames to heat the ingredients, allowing them to change into a state where they could combine. All of the children were able to take home their lip balm – we’ll be expecting some particularly soothed lips in year 4 from now on!

Cedar class travelled far this morning! They were discovering buildings in Mayan times, roaming around Rainforests all over the world and watching the paths of winding rivers from their sources to the sea. They had a great time with our virtual reality headsets!

Both Year 5 classes investigated and explored the question ‘How can foam be made to extinguish a flame?’ A huge range of ingredients and materials were made available and the pupils had to predict what they thought would be produced from different combinations of the ingredients. Examples of the ingredients were milk, yeast, washing up liquid, diet coke, bicarbonate of soda, lemon juice, vinegar and Mentos. A lot of fun was had, with a lot of foam produced!

Year 6 visited Walthamstow School chemistry department today, to take part in a global experiment project to see which fruit or vegetable contains the most vitamin C.  The children had to weigh and measure with great accuracy, adding water and starch to their test sample of fruit or vegetable, then very carefully add iodine to the solution one drop at a time, counting the number of drops.  After stirring the solution gently, each drop was added gradually. The pupils had to stop when they saw a persistent blue/ black colour which lasted more than 30 seconds.  They then had to calculate the mg of vitamin C per gram of food, using their measurements. This looks like brilliant scientific work in the laboratory Year 6!