Today started with the arrival of Zoolab.  Their fascinating workshops, which are highly curriculum-driven, allow the children to handle animals, whilst the facilitators explain the scientific concepts behind adaption, evolution, habitats and eco-systems.  Zoolab brought with them snakes, tarantulas, giant millipedes, giant snails, cockroaches and stick insects, most of which the children had the opportunity to handle.

Today, it was the turn of the KS1 children to meet Zoolab and the school was buzzing with excitement.  Unfortunately, there was some trepidation amongst some of the staff who were not quite so keen to meet Tinkerbell the tarantula!   In fact, Tinkerbell proved to be quite a character and, fears allayed, she turned out to be a great favourite of both the children and adults.  Tinkerbell’s companions, amongst others, were Aurora the Corn Snake, Simba the Giant African Land Snail, Dori the Madagascan Hissing Cockroach and Tango the rat.  The Zoolab facilitators talked to the children about each animal’s habitat, their diets and with Year 2 looked particularly at how bodies move.

We look forward to welcoming Zoolab back again tomorrow, when they will be working with our KS2 pupils.

Yesterday, Year 6 pupils were learning about the circulation system, and they acted out the roles of the different parts of the blood (red and white blood cells, platelets and plasma).  They continued their studies by writing haikus and drawing pictures of what makes up our blood.

Year R had a few “Eureka” moments this afternoon whilst investigating Archimedes principle.  As you will see from the pictures below, many toy animals were bathed in the name of science, and careful measurements were taken of the resulting water displacement.

Year 4 made larva lamps (liquid motion lamps) today.   The children could see the principle of “oil and water don’t mix” in action, using cooking oil, water and food colouring.    Alka-seltzer was used to power the lamp by reacting with the water to produce carbon dioxide gas bubbles. 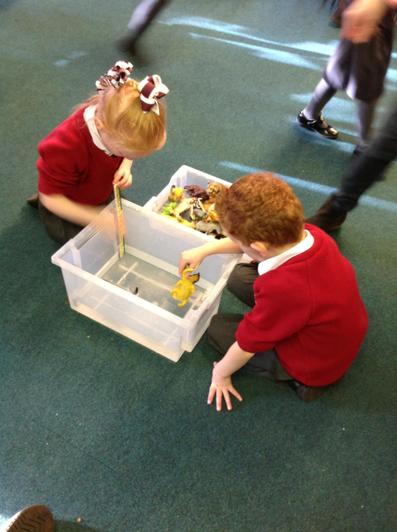 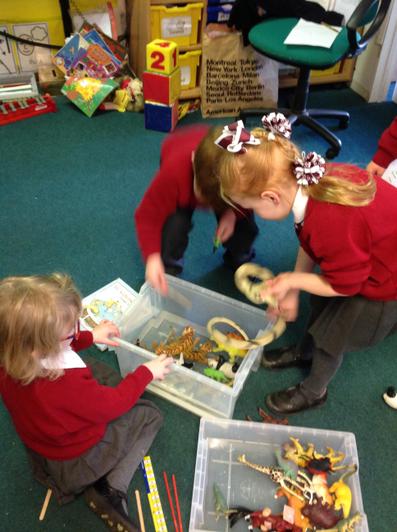 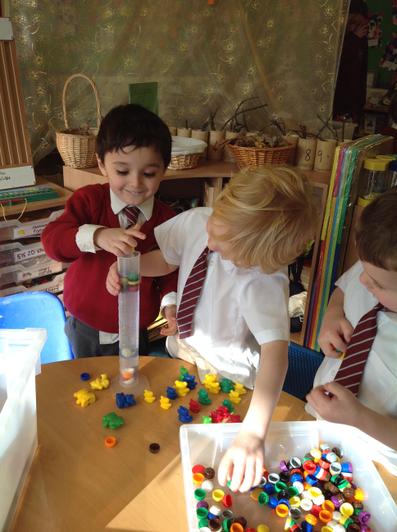 Chestnut Class and the giant snail 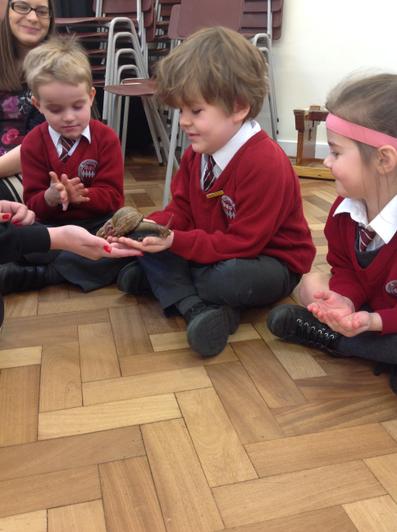 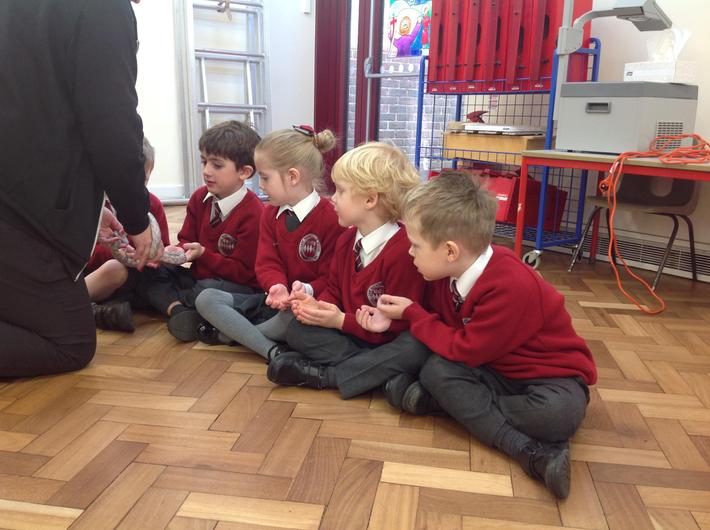 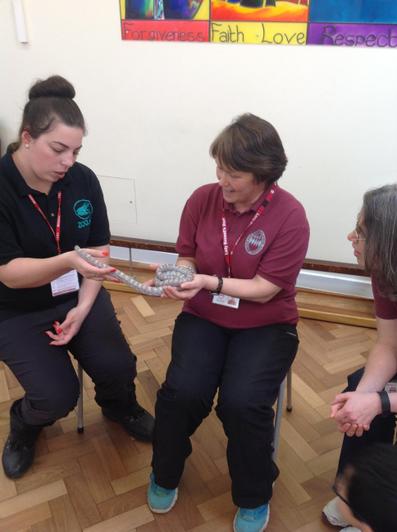