On Tuesday, both Acorn and Chestnut class enjoyed a visit from ZooLab where they were able to see and hold lots of different animals – Turbo the Giant Snail was a great hit!

Chestnut class continued with the animal theme in the afternoon when they designed and constructed their own bug hotels using a variety of different materials. The children are now eagerly awaiting the arrival of some guests! 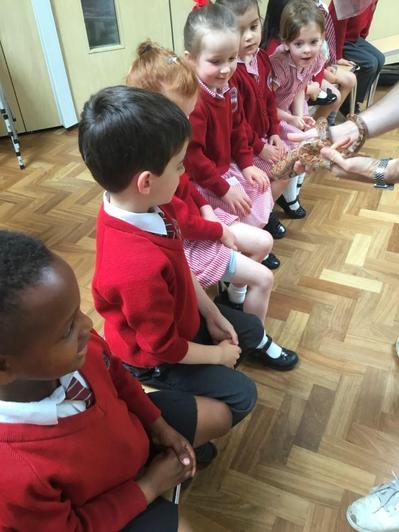 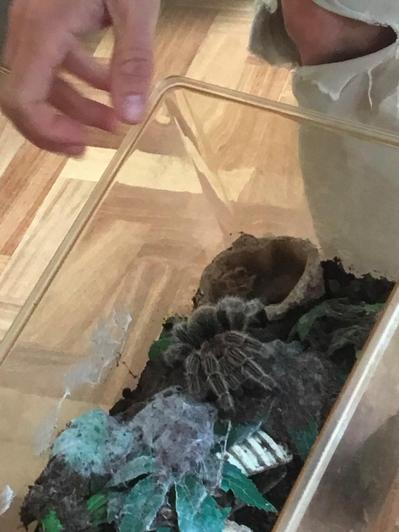 Year 1 had an amazing time at the ZooLab workshop where they met a whole host of animals, including a corn snake and a Madagascan hissing cockroach. The children loved touching them and learning what types of habitats they came from and what they ate. The children learnt some fascinating facts: snakes are not slimy; cockroaches have an exoskeleton; lizards have great hearing and come out at night in the desert, as it is too hot during the day. The children did not want ZooLab to end! 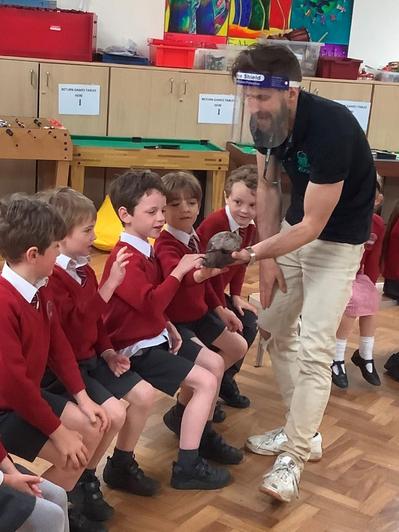 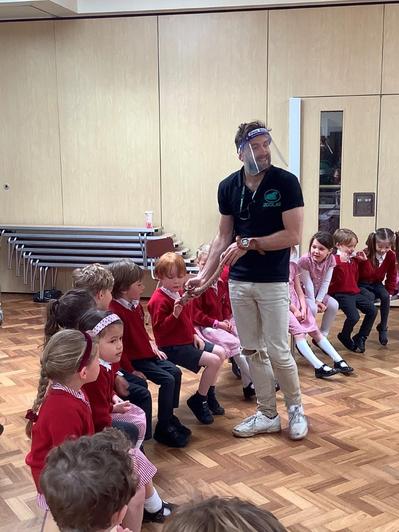 Today, both Year 2 classes enjoyed a visit from 'ZooLab' where the children were lucky enough to meet a variety of animals, native to Africa and the Savannah habitats we they have been learning about in their topic: an African snail, a tarantula, a snake, a Shongololo South African millipede and Echo the gecko!

Mulberry Class also enjoyed a comparative scientific enquiry where there predicting and testing which chocolates sink and which float. The children learnt all about varying densities and how this affected the outcome – it was amazing to see how water tension allowed a chocolate button to float when it was facing one way, but it sunk if it was faced the other way!

Copper Beech had a very busy day on Tuesday. The children used iron cores, coiled wire and a cell battery to create their own electromagnets. The children learned that the electricity running through the wire created a magnetic field around the iron nail, which then made the nail magnetic! The children then tested the magnetic strength as wire coils we increased. The children were able to attract lots of items to the iron nail – they enjoyed learning about how and where electromagnets are used in the real world and how beneficial they are.

In the afternoon, Copper Beech explored the impact of plastic pollution on the environment. The pupils observed some of the negative effects of plastic pollution, such as animals being harmed and plastics in the ocean. Exploring the life cycle of plastic, and that it lasts for many years as most plastics are non-biodegradable, the children created a class list of all of the items in their lunches which were packaged in plastic. Converting these results into a bar chart showed just how much plastic the class had used in one day! The class then created their own pledges of how they can reduce plastic use and pollution moving forwards to better care for our environment.

Both Year 3 classes have been learning a lot about pioneering scientist, Mary Anning. Over the past few days, both classes have been researching her life and legacy. The children have spent time rehearsing and, on Tuesday, used a green screen to begin acting out key parts of her life. The pupils learnt about why the colour green is used and how the software knows which areas to change the image. The children are looking forward to seeing how their performances come together having used green screen technology – which superimposes the children over several different backgrounds.

Both Year 4 classes class had a great day on Tuesday. The children enjoyed dissecting tulips plants to explore and examine the different parts of a flower. The pupils then enjoyed using drama to model the plant reproductive cycle, including pollination. 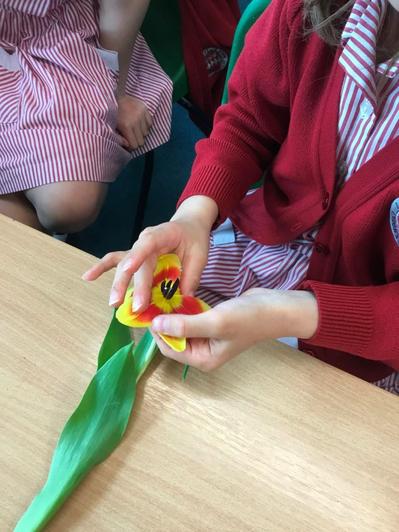 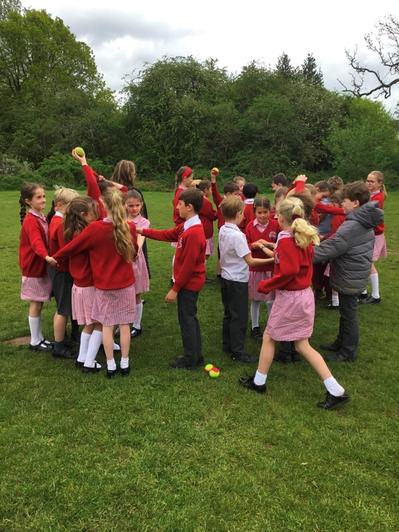 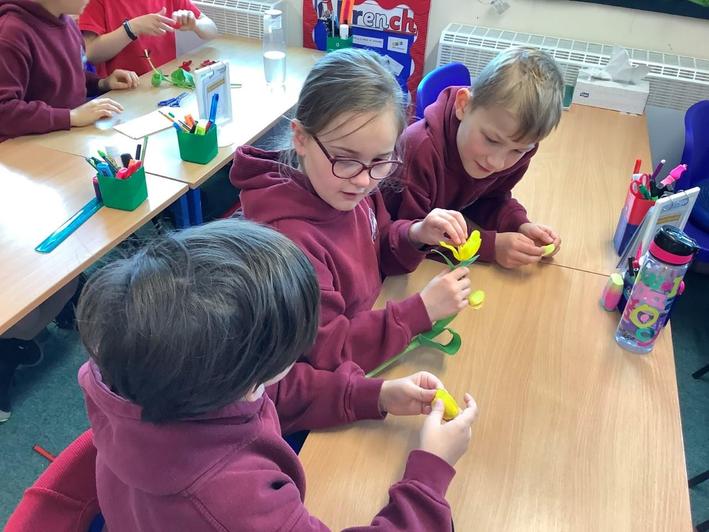 Sycamore Class also had great fun making their own lip balm! The children had to use and apply their knowledge of ‘changes of state’ to heat, melt and combine a variety of ingredients, before they cooled into the final product. After that, the pupils enjoyed watching Greg Foot’s show about his deep-sea expedition! The children learnt about the history of submarines, marine engineering design and well as seeing the deep-sea footage for themselves!

In the afternoon, Holly Class very much enjoyed the visit from the Year 2 chicks – they were very cute, fluffy and loud! After that, the day finished with a trip to the pond, where the children pond-dipped and discovered a range of different creatures within the pond habitat. 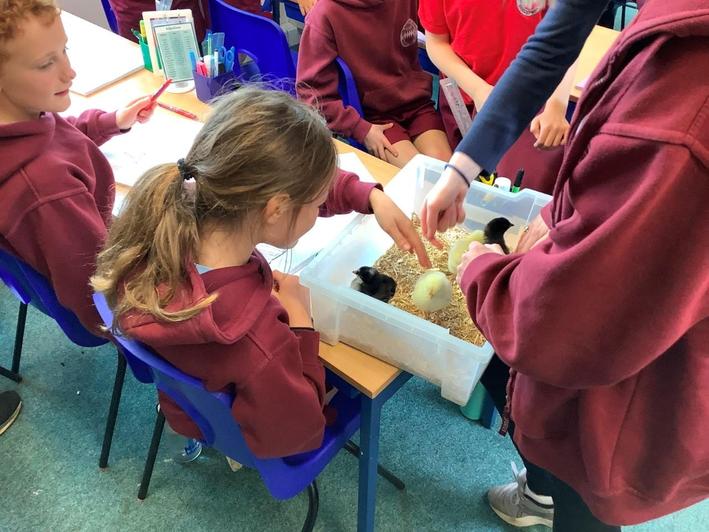 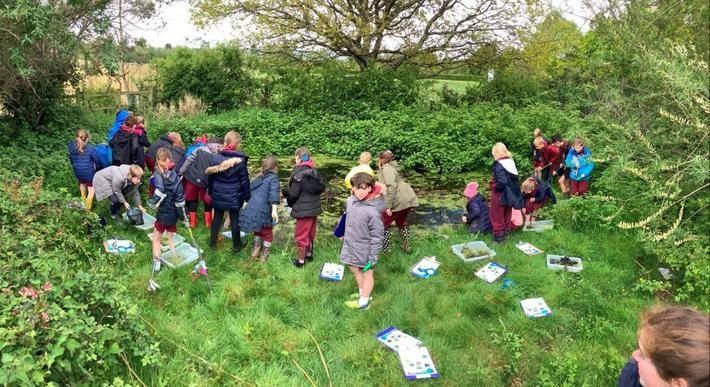 Hawthorn Class had an exciting day investigating on Tuesday.  The children enjoyed using banana sandwiches and vinegar to learn about the basic parts of the digestive system and model the process! Great fun was had by all!

In the afternoon, Hawthorn Class learnt about plastic pollution - they counted the number of pieces of plastic found on certain beaches and the devasting effect this is having on wildlife.

Cedar Class completed the 'Mystery Powders' investigation on Tuesday. The pupils had to figure out who had stolen Mr Salter's cookie stash! The suspect had left behind footprints in a mystery powder. Using coca-cola, the children had to test different powdered materials and record the different reactions. The children were then able to match one of the reactions they observed to one recorded by the initial forensic team in order to identify the prime suspect. Well done, Cedar Class!

Elm Class spent the afternoon learning all about microplastics and the impact they are having on the environment and various eco-systems. To do this, the pupils carried out an enquiry which modelled our washing machines! The children enjoyed first using the microscopes to closely observe the make-up of synthetic fabrics – they could very clearly see fibre strands! The children learnt about the importance of controls in scientific investigating as they first filtered clean tap water to use as a comparative control. Then, the pupils filtered the water that they had washed the synthetic fabrics in – and they were shocked at the number of micro-plastic fibres that were present on the filter paper. The children learned how these microplastics are what go into our water systems and are now entering huge numbers of eco-systems. The class then discussed and learned of ways that we can help to reduce micro-plastic pollution. 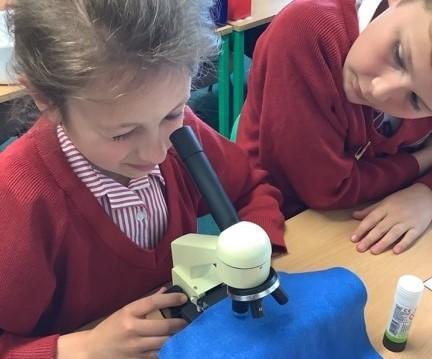 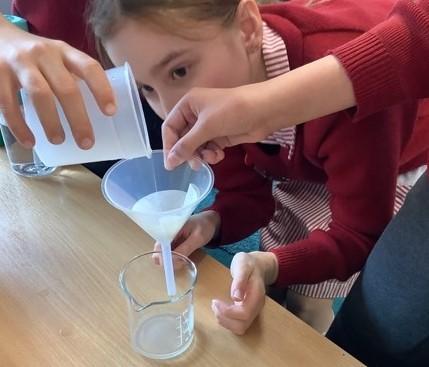 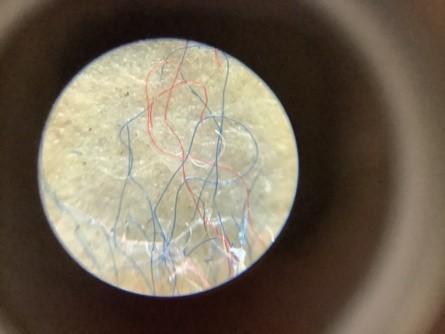 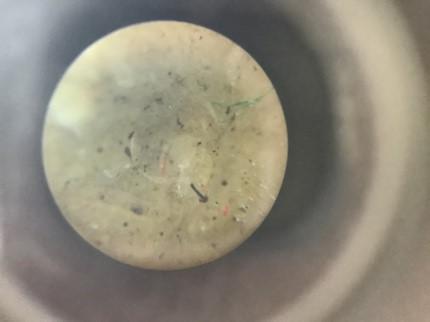 Oak class enjoyed visiting the moon, gasped in awe at the beauty of the Northern Lights and watched in amazement at the power of volcanic eruptions, all from the safety of their classroom!