Zoolab returned to School again today, but with a different facilitator, Joe. Joe brought with him a different selection of creatures, who included, Felicia the tarantula, Brian the Giant African Land Snail, Geoff and Wade the Madagascan Hissing Cockroaches, Tango the Corn Snake, Max the Millipede and Saffron the Leopard Gekko. Joe talked to the Year 3 children about how each of the animals moves, the structure of their skeletons and how they use their senses. Years 4 and 5 were looking closely at the animals from the rainforest and in which part of the forest they live, ie the canopy or the forest floor. Year 6 were looking specifically at Darwinism and how each of these animals had evolved.

Dr Tom Findley, Mr Fletcher, Mrs Siret and Mrs Cilia from Sevenoaks School visited Year 3 this afternoon, turning the classrooms into chemistry laboratories! The children made slime and bath bombs. We would like to express our gratitude to Dr Findley, his colleagues, and to Sevenoaks School for their generosity in leading these exciting workshops. We would also like to thank our Parent Volunteers who bravely faced 32 seven and eight year olds mixing ingredients!

Yesterday, Cedar class investigated “irreversible changes”. They learned what makes the pop in popcorn; how a chemical reaction can inflate a rubber glove; what happens to eggs, bread and cookie dough when they are cooked and how to turn a film canister into a high flying exploding rocket! They also got to taste the odd morsel or two! A fun, busy afternoon was had by all.

Year 6 had great fun yesterday investigating the relationship between different types of exercise and the effect on their heart rate and today they have prepared line graphs from the results they had recorded, analysing their findings.

Reggie the chameleon (who normally resides with Ms Fisher) put in an appearance in Year 4 today. He started the morning in dark shades of turquoise, blue and green, but as he settled into classroom life, his colours brightened. The children tried to remain calm and quiet, but excitement overcame them when he had a breakfast of some of the mealworms that the children had been studying earlier in the week.

Year 3 were looking at magnetic forces this morning. They made square-based pyramids and suspended ring magnets at the vertex. They then used magnets to move the ring magnet from point to point of the pyramid.

There were eruptions in the KS2 playground when Yr2 built volcanoes. Larva flow was created by mixing vinegar and bicarbonate of soda. The children also looked at the different states of matter, by pretending to be liquid, solid and gas particles, it was a very informative and exciting session. 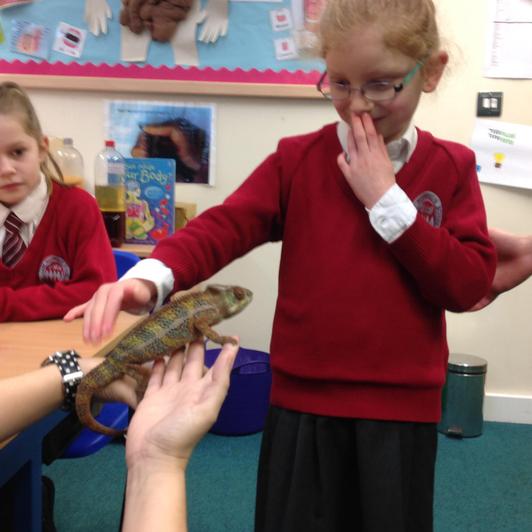 Feeding time for the chameleon 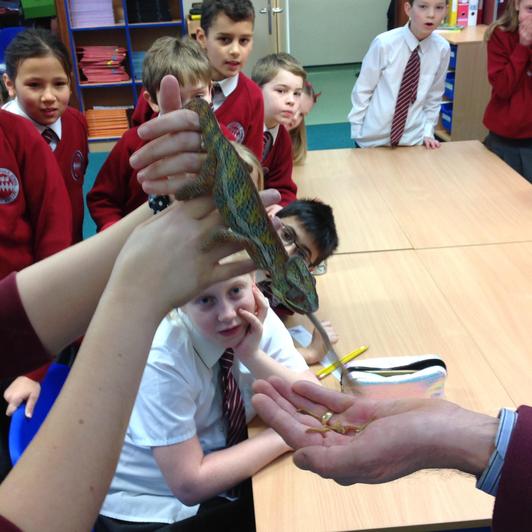 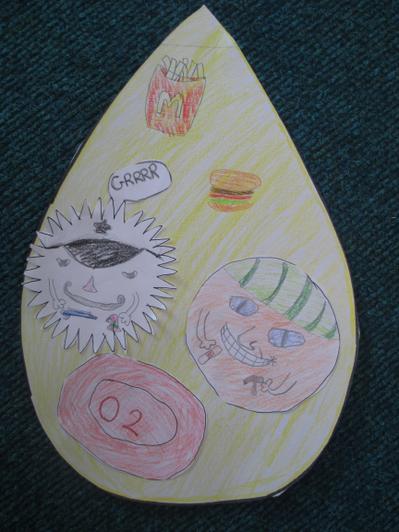 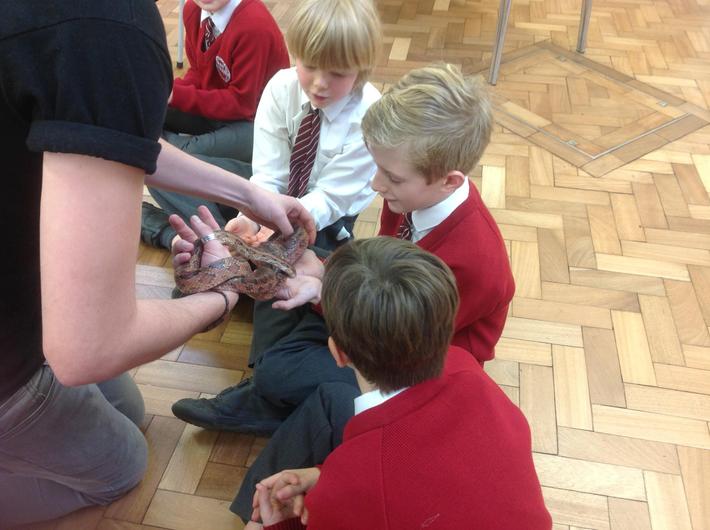 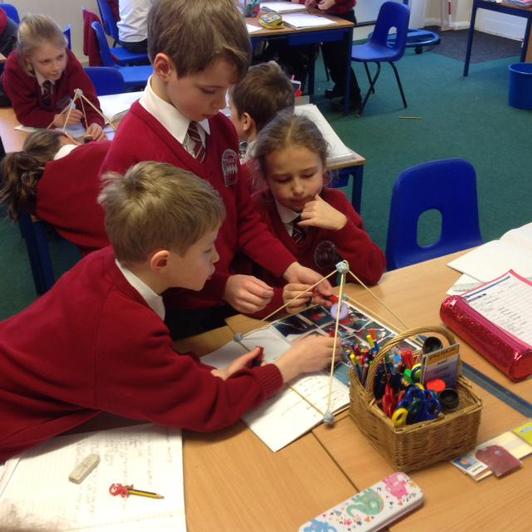 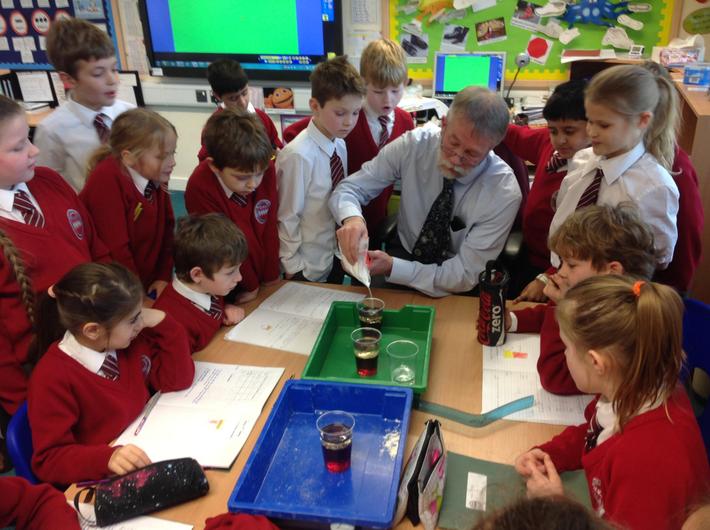 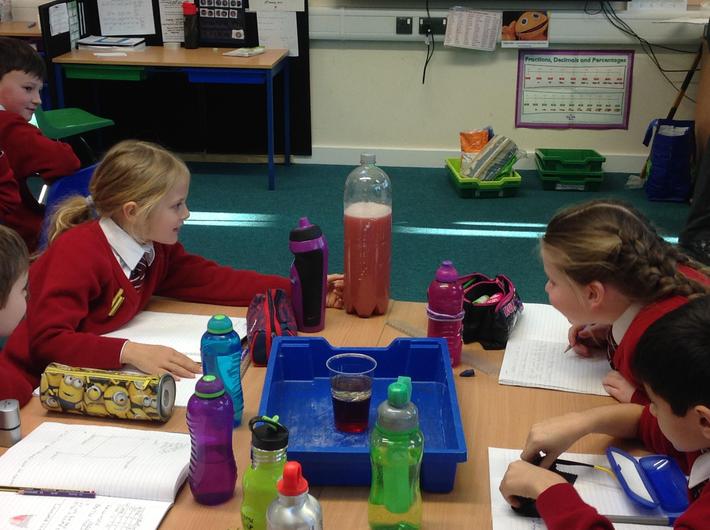