This morning, the whole school were lucky enough to watch a ‘bright’ science show, presented and run by Mr and Mrs Wood. The show was called ‘Lighting through the ages’ and covered when and how light was first created using fire millions of years ago. Gradually, the children were able to see how the creation and use of light has changed over the years, up until the present day! It was extremely informative and it was brilliant for the children to gain such knowledge. Sparks flew, lasers pointed, smoke rose and lights shone! The most exciting part of all, as identified by the children, was when Mr Wood created a ‘not-so-mini’ explosion, resulting in an object nearly hitting the hall ceiling! It was extremely exciting and the children were really able to appreciate how far the science of light has come!

Today, Year R have been inventors! First we learnt about some famous inventors and found out the items or objects that they invented. We then used our imagination to design our very own inventions. We had to write down what materials we needed and thought carefully about what material would work best for different purposes. After we had finished designing, we started making! We used lots of different materials, tools and techniques to construct our inventions. We made rockets, tidy up robots, wands, monster trucks, trains and picker uppers. It looks like we have some future inventors of our own at Lady B’s! 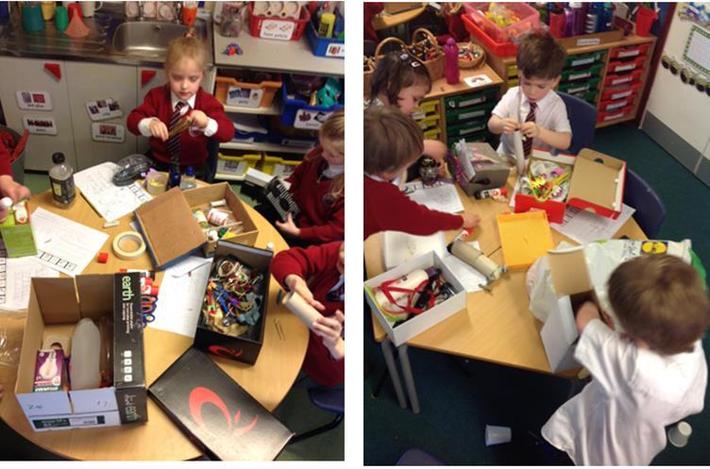 Year 1 spent time today studying their woodlice habitats that they designed and constructed earlier this week. They had to use their careful observation skills to locate, count and analyse which part of the children’s habitat the woodlice had chosen to live. It seemed that the wet wood, away from the light, was the most popular choice! The children enjoyed releasing the woodlice back into our forest school area. They utilised their investigation results and findings to make sure that they released them under some damp, wooden logs.

Year 2 went to Forest School today where they searched for minibeasts in their microhabitats. The children loved the challenge of seeing how many different minibeasts they could find. It was interesting to identify and consider the slight differences between the habitats and ask why this might be... We then discussed how a creature chooses to migrate towards a habitat where it feels safe, protected and can find food! 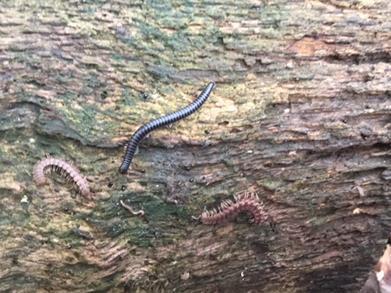 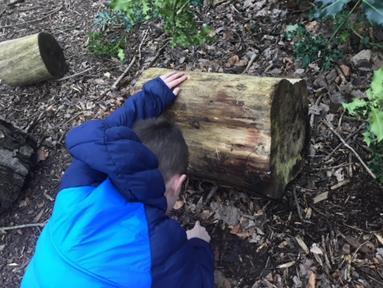 Fluffy, Yolkie, Jemima, Quackers, Sonny and Hatcher had a ‘whale’ of a time learning to swim today! The children set up a miniature obstacle course with ramps and trays of water, which the ducklings loved exploring. It was amazing to see how the duckling is adapted to survive on water and how the ducklings are able to master the skill almost instinctively. It was very cute when we had to towel-dry the ducklings as their feathers are not yet coated with the oils that make them waterproof, and allow their body temperature to be regulated.

Year 3 also continued their learning on magnets and forces this afternoon where they investigated magnetic strength. Learning about the strongest magnet on Earth, located in America, was fascinating! The children had to work scientifically to design and carry out a fair investigation which would test and prove which magnet was the strongest. There was some very accurate measuring, in cm and mm, to ensure that their results were accurate.

Today, year 4 researched the dangers facing bees: since 1900 we’ve lost around 20 species of bee in the UK alone – and a further 35 are at risk. This is due to pesticides, loss of habitat and climate change. The children then prepared posters to highlight the problem and to show people ways in which we can all help bees. One of these is to make a "bee hotel" and the children are all in the process of creating these for our school grounds. Thank you Year 4! 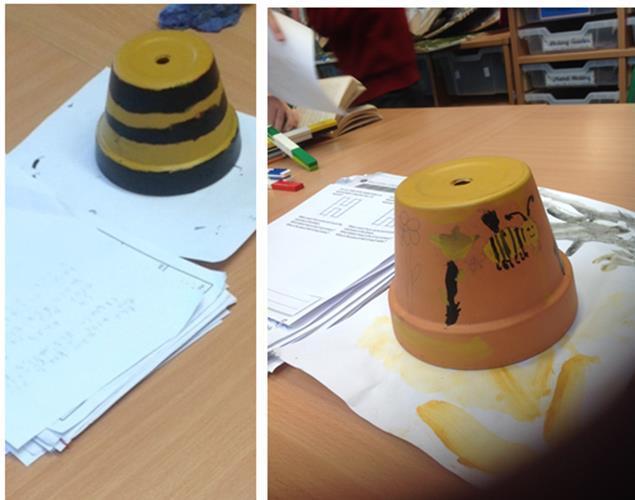 Today, Year 5 had to solve a mystery! Someone had stolen all of the pies and left powdery footprints! The children tested various powders, carefully observing and noting down changes and reactions when they were added to diet coke. After hearing a report from the forensic team about how the footprints' powder reacted, they were able to conclude that the guilty party was Reverend Green in the kitchen with the flour! Excellent detective skills year 5! 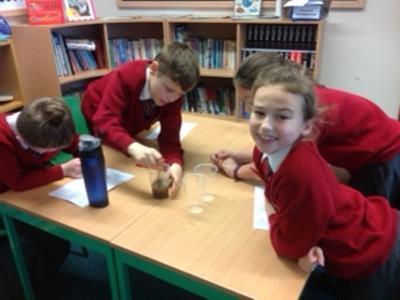 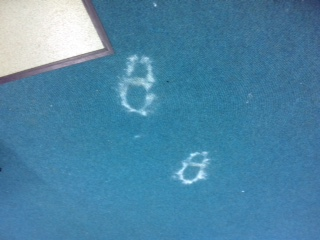 Wow! What a brilliant science week all the children have had! A huge thank you to everyone involved, with a special thanks to the PTA for funding the extra-curricular week.
Top
Cookie information
Cookie Notice