Today, Year R were busy exploring and learning about solids, liquids and gases and how states can change! Using ice balloons, the children watched how they changed and melted as well as what happens when salt is put onto the ice!

As well as this, Year R enjoyed exploring all the different patterns that they could find in nature during Forest School in the afternoon. The children spotted and created some amazing patterns from a variety of different objects and surfaces from within our school grounds. 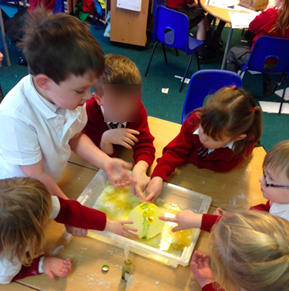 Year 1’s science learning was very explosive today as they had fun experimenting with the reaction between bicarbonate of soda and vinegar to create their own volcanoes! The children enjoyed investigating how the reaction changed when the amounts of ingredients were altered. As well as this, the pupils then used virtual reality headsets to see the outside and inside of a real volcano. The excited and amazed facial expressions suggested what incredible sights they saw and learnt about!

Year 2 were blasting off when experimenting with Alka-Seltzer rockets today! After designing their rocket shape the children discovered how trapping an Alka-Seltzer tablet and water in a film canister could propel the rocket into the air! They learned that the reaction between Alka-Seltzer and water produces a gas which, when trapped, creates pressure inside the canister and forces the lid off. When the canister is placed upside down on the ground, the lid then pushes against the ground, and the opposite reaction force propels it upwards! The children particularly enjoyed exploring how the amounts of Alka-Seltzer and Water could affect the distance the rocket flew!

Zip wires were strung up all around the year 3 classrooms today as the pupils investigated which material provided the fastest zip wire! The pupils designed the fair test enquiry and decided to test five materials: rope, dental floss, string, twine and wire. The pupils discussed and justified some brilliant predictions using their knowledge from our ‘forces’ unit of work. The children particularly enjoyed sending the weighted objects flying across the classroom! Do make sure to ask the year 3 children what they found out and the reason behind the result! 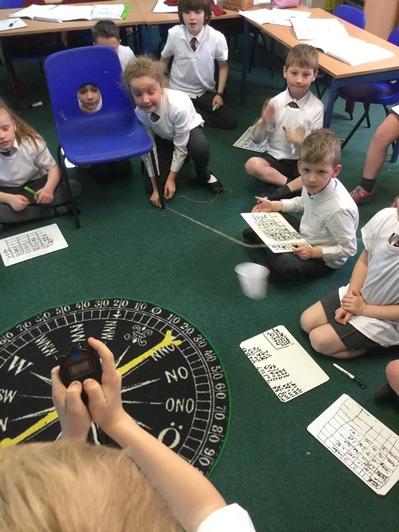 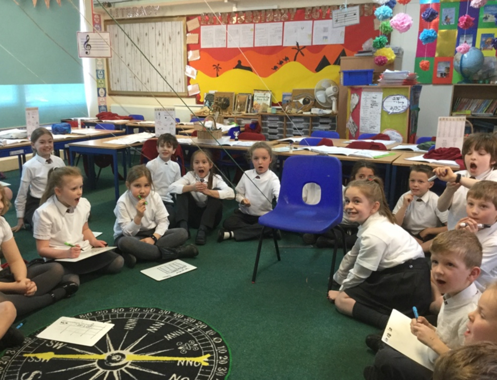 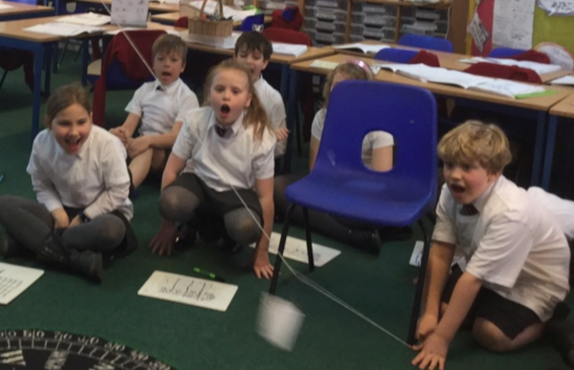 Sycamore class were extremely busy completing independent investigations to test and practise their scientific skills and knowledge today. The children showed fantastic teamwork, with most groups deciding to investigate ‘which item is the best conductor?’ All the pupils were able to draw upon the knowledge and skills that they gained from their electricity science topic earlier in the year. Some excellent enquiries were designed and carried out, with some brilliant scientific reports also created – Well done Year 4!

Holly class was introduced to the concept of ‘States of Matter’. What makes a solid a solid? A liquid, a liquid? A gas, a gas? The children spent some time examining different solids and liquids, identifying their properties. They examined their viscosity, their texture, their appearance, even their smell! Some flowed, some did not! Some were smooth and some were rough and scratchy. Some were very viscous, some were very runny! However, in the end, the children managed to describe and sort their materials by their properties successfully, and learned some new vocabulary too! 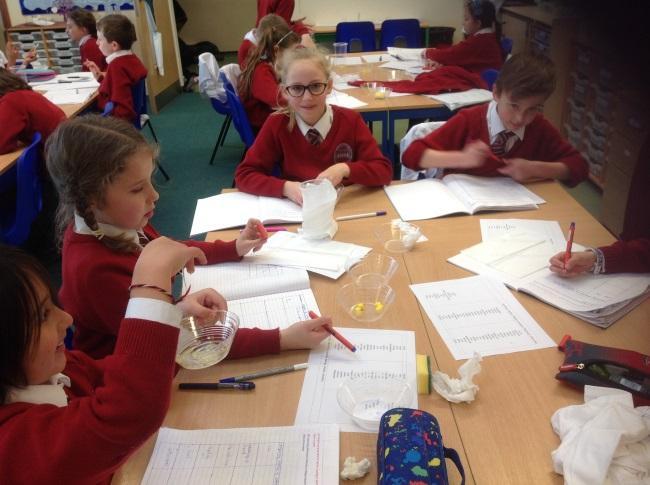 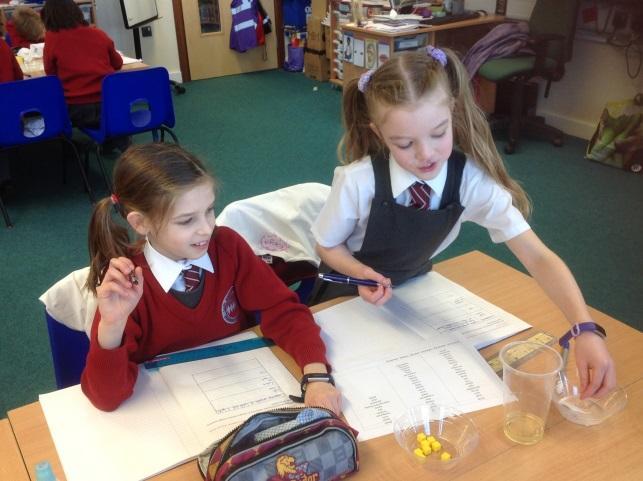 Today, Year 5 tested different indicators to identify a range of acids and alkalis. Using beetroot, blackberries, red rose petals and red cabbage as natural indicators, the children tested them using lemon juice, bicarbonate of soda, milk and white vinegar.  The pupils used a range of scientific equipment and learnt how to do so in a safe manner. The pupils concluded that blackberries were the best at showing if a substance was an acid or alkali due to the colours they turned! 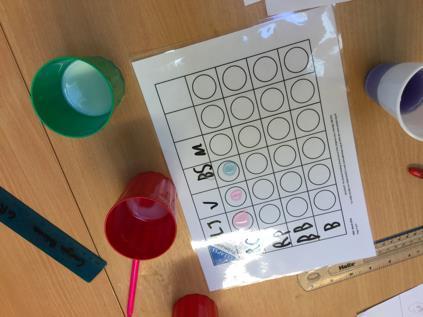 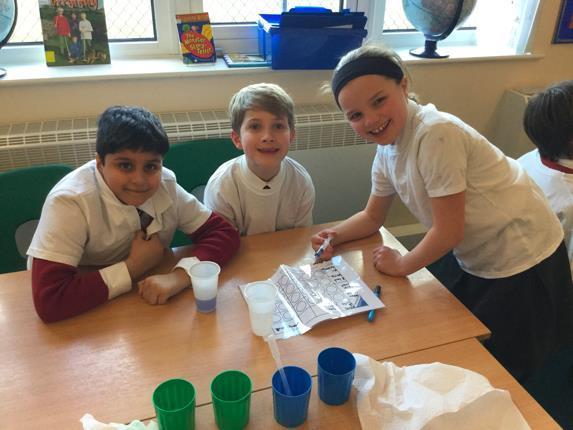 Year 6 had great fun investigating which type of sweet was the stretchiest, including jelly snakes, strawberry laces and marshmallows!  They developed their own methods of enquiry and came up with some very interesting and creative ideas.  The pupils had to devise an effective way of measuring accurately and recording their findings in an appropriate scientific format.  The budding scientists also had to resist the temptation to eat the evidence!