KS2 were delighted to be visited today by Science Dome. It was their chance to climb inside the 6 metre dome, zip it up and enjoy a journey of discovery. Years 3 and 4 took a tour of the Solar System looking at the sun, the movement of the earth in relation to the sun, and studying the phases of the moon. Years 5 and 6 looked at the earth’s history and how it was formed. They were showed different types of volcanoes, and saw incredible footage of volcanic eruptions and earthquakes, learning at the same time why they take place.

If you transport yourself back to your secondary school chemistry lessons, you may be remembering dusty wooden benches and stools, Bunsen burners with perished hoses sitting on asbestos mats. Well, our Year 5 children had an experience of secondary school chemistry today and it was nothing like that! This afternoon, they were fortunate enough to visit the chemistry laboratories at Sevenoaks School. Dr Tom Findley and his colleagues led a wonderfully hands-on lesson. Armed with goggles and using test tubes and pipettes, the children mixed boiling water and red cabbage to make a homemade liquid indicator. They used this to test a number of household products such as ketchup, lemonade, hand soap, orange juice, toothpaste and washing up liquid to find out which were acidic and which were alkali. Substances containing acid turned a pinkish colour and those containing alkali turned purple. The children thoroughly enjoyed making a chemical volcanic eruption by adding the indicator to baking powder and then mixing it with a vinegar and washing up liquid solution. The final challenge involved creating a rainbow of colours by mixing a combination of acid and alkali. Again, a huge thank you to Dr Findley, Sevenoaks School and the sixth form chemistry students, who generously gave up their time and shared their expertise. Our thanks too to the Parent helpers who enabled the visit to take place.

Year 6 chose today, the least windy day so far this week, to make anemometers. These instruments, commonly found in weather stations, are used to measure wind speed. The children made their anemometers using cups to catch the wind. They marked one of the cups and planned to use this to measure the number of revolutions per minute. Unfortunately, the weather was not in their favour, and few revolutions were measured. There was a brief moment when a small gust blew, and a shout was heard “Mrs Wicks, I’ve got wind”! Despite this, the children had a really interesting and informative hands-on lesson.

Year 1 looked at mirrors today. They used torches to see how light bounced and deflected and then passed secret messages to each other,investigating how the lettering reversed in a mirror.

Despite the fact that Zoolab were not on site today, spiders appeared in Year R! The children had a problem to solve – how best to remove Incy Wincy Spider from the drain pipe? The children had toy spiders that they had to move through a length of guttering. Their tactics were to try lifting the guttering up, pouring water or sand down it, pulling the spider on a string, catapulting it with an elastic band and even attaching a paper clip and using a magnet to pull him down. Poor Incy clearly had a very difficult and traumatic afternoon, but the children had a ball, and hopefully learnt a little about forces. Our thanks to Mrs Hunter-Brown who visited Year R with a volcano that she had made. The children watched in fascination as the vinegar, bicarbonate of soda and food colouring reacted to create a larva flow.

Forces were also the name of the game in Year 4, where the children were studying frictional forces. They used ramps and wood blocks, and investigated the effects of sliding over different surfaces.

As the children have spent the week becoming accomplished scientists, they are welcome to come to school tomorrow dressed as one.

Tomorrow afternoon, we are hoping that our visiting lecturer will be launching a rocket. This will take place at 3.30pm on the field above the KS1 playground. Year R children will be released to their parents at the normal time, and are welcome to stay and watch the launch. Years 1 – 6 (including those booked into clubs) will be brought out at 3.30pm by their teachers to watch the launch. Please be aware that this is weather dependent, so the mission may need to be aborted at the last minute. 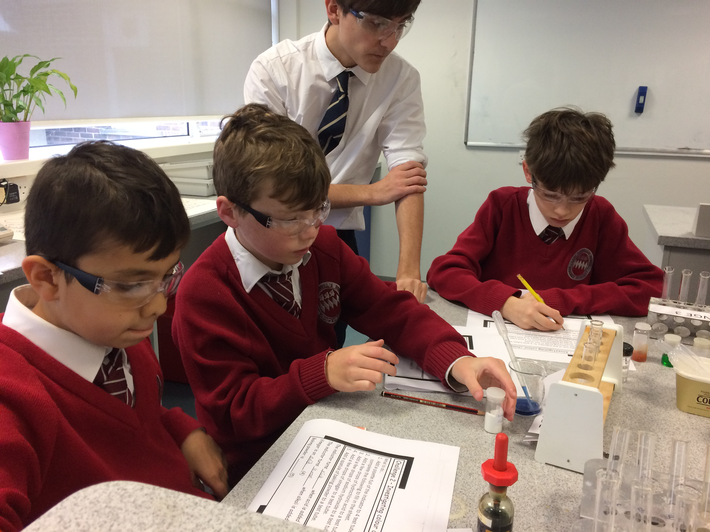 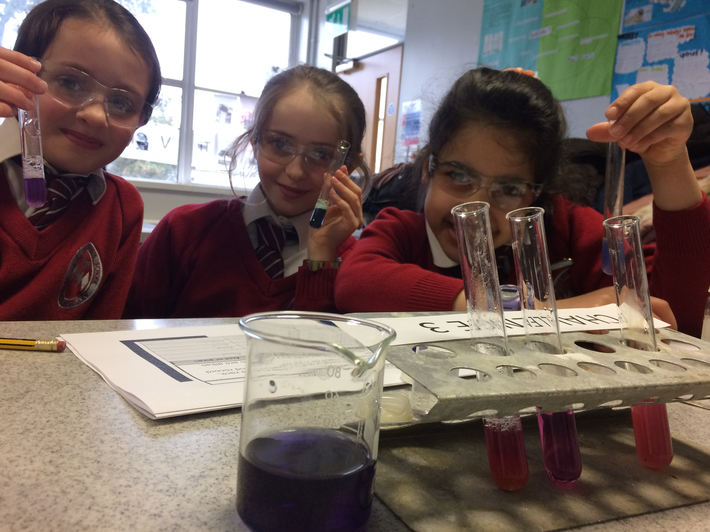 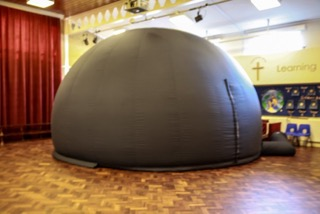 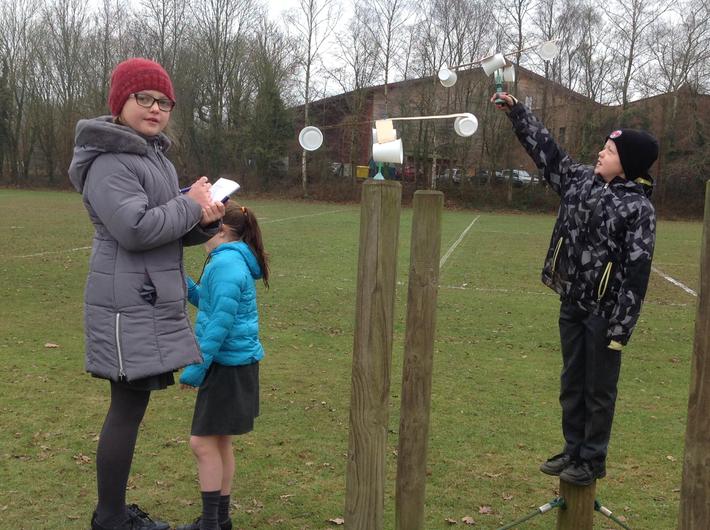 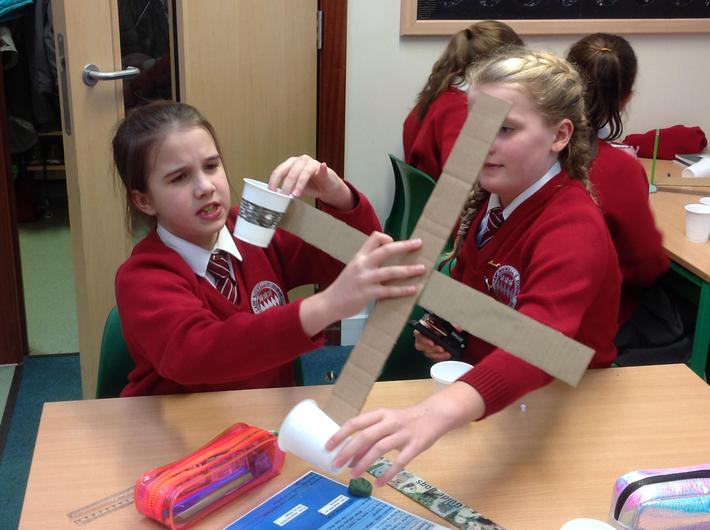 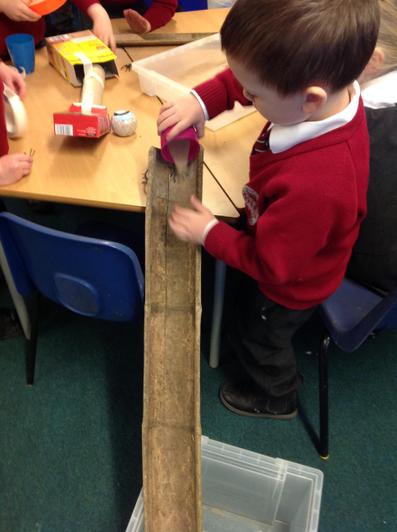